Maxim Vengerov: Bach - Adagio and Fugue from Sonata No 1 for Solo Violin (MMF 004)

Watch the Trailer
Maxim Vengerov is recognised as one of the world's most exciting and brilliant violinists. His exceptional talent emerged when he was very young. He gave his first recital at the age of five and went on to win First Prize in the Junior Wieniawski Competition when he was ten years old, confirming his promise as a violinist of rare talent. Still in his mid-thirties he is now acknowledged throughout the world as one of the great musicians of our time. He is also an outstanding teacher and is Professor of Violin at the Royal Academy of Music in London. Perceptive, entertaining and always sensitive to the individual personality and ability of his pupils, he has an extraordinary ability to convey his insights into the music and inspire his students.

In this masterclass, he works on the first two movements from Bach's First Sonata for Solo Violin. 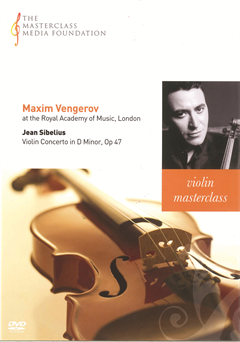 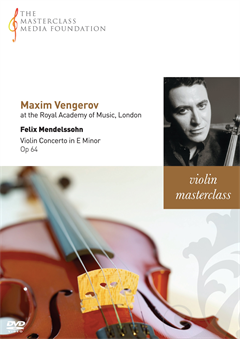 Maxim Vengerov: Bach - Adagio and Fugue from Sonata No 1 for Solo Violin (MMF 004)